How PT Moved Me: Diana Wynn 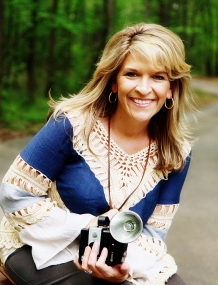 Diana Wynn was a walker – it was both her mental escape and exercise. She walked four or five miles daily – until she tore the meniscus in her knee.

It was in the MRI that followed when Diana was informed that – not only was the tear confirmed – but Diana had severe arthritis and needed a total knee replacement. Up until that point, she thought her pain was normal – an expected side effect of getting older. She didn’t realize the pain was indicative of a more serious issue.

After completing surgery, Diana began the painful – and in her case, extremely frustrating – process of rehabilitation. For more than three months, her surgeon deemed her a “head scratcher.” Neither he, nor his team, could determine why Diana’s knee remained “stuck,” with nearly no range of motion. She could neither straighten nor fully bend her knee, and was forced to rely on a cane for support when walking.

Diana’s frustration mounted – as did her pain. Her body wasn’t healing, and a revision surgery loomed in the future.

That is until a friend recommended that she try a different approach and see her physical therapist. Diana thought she would give it a try.

Diana arrived at her PT appointment with a three week goal – three weeks until she had to be able to work again to maintain her benefits. And her team got her there.

By listening to Diana and working with her to solve her motion challenges, the PT team fulfilled their promise that they would not leave her in pain. They validated her challenges and took a collaborative approach to promote her healing with soft tissue and joint mobilization, trigger point dry needling and therapeutic exercise.

The knot that was in the back of Diana’s knee that she felt from day one gradually went away. Through hard work, involvement and a more concrete understanding of her healing, Diana amazed her doctor with her progress.

Today, Diana is readjusting to a life that doesn’t involve overthinking every day movement like getting in and out of a car, or going up and down a flight of stairs. As a photographer, she vividly remembers the first time she was able to pull over, get out of her car and capture the light just right – all without pain. Each click of the camera reminds her of just how far she has come.

Diana attributes the difference of night and day in her movement and quality of life to her physical therapy team. While people are often particular about which doctor they visit, a quality PT on your team is just as essential to healing.

If you need to add a physical therapist to your team, click here to find one near you.